What is Lausanne 3x3?

“Time is as important in watchmaking as it is in our discipline. Every minute counts in the field. Time can be our friend as well as our enemy. ”

Natan Jurkovitz, Gilles Martin, Marco Lehmann and Westher Molteni make up the Lausanne 3x3 team. Skill, strategy and speed... different and complementary, each member of the team knows how to play their part in bringing Lausanne 3x3 to the top of the podium. An effective strategy, since the four Swiss basketball players succeeded in reaching the finals of the Lausanne leg of the highly respected FIBA 3x3 World Tour in 2017 and qualifying for the world final of the FIBA 3x3 World Tour in Beijing. Team Lausanne 3x3 finished in 7th place at the event, ending the 2017 season with an admirable position in the world top 10. Since then, the team has continued to perform with a 2019 season on track for its Olympic ambitions… 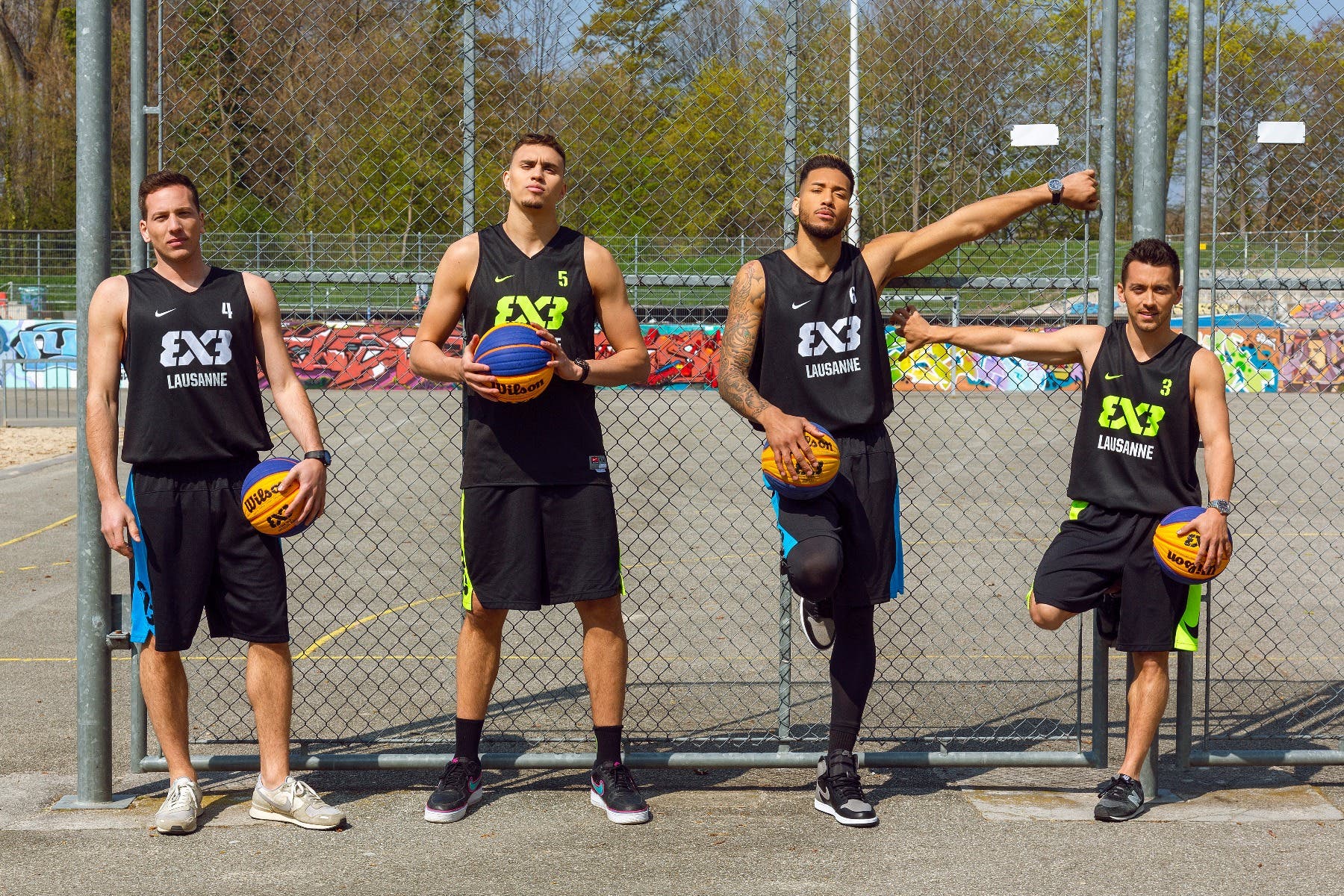 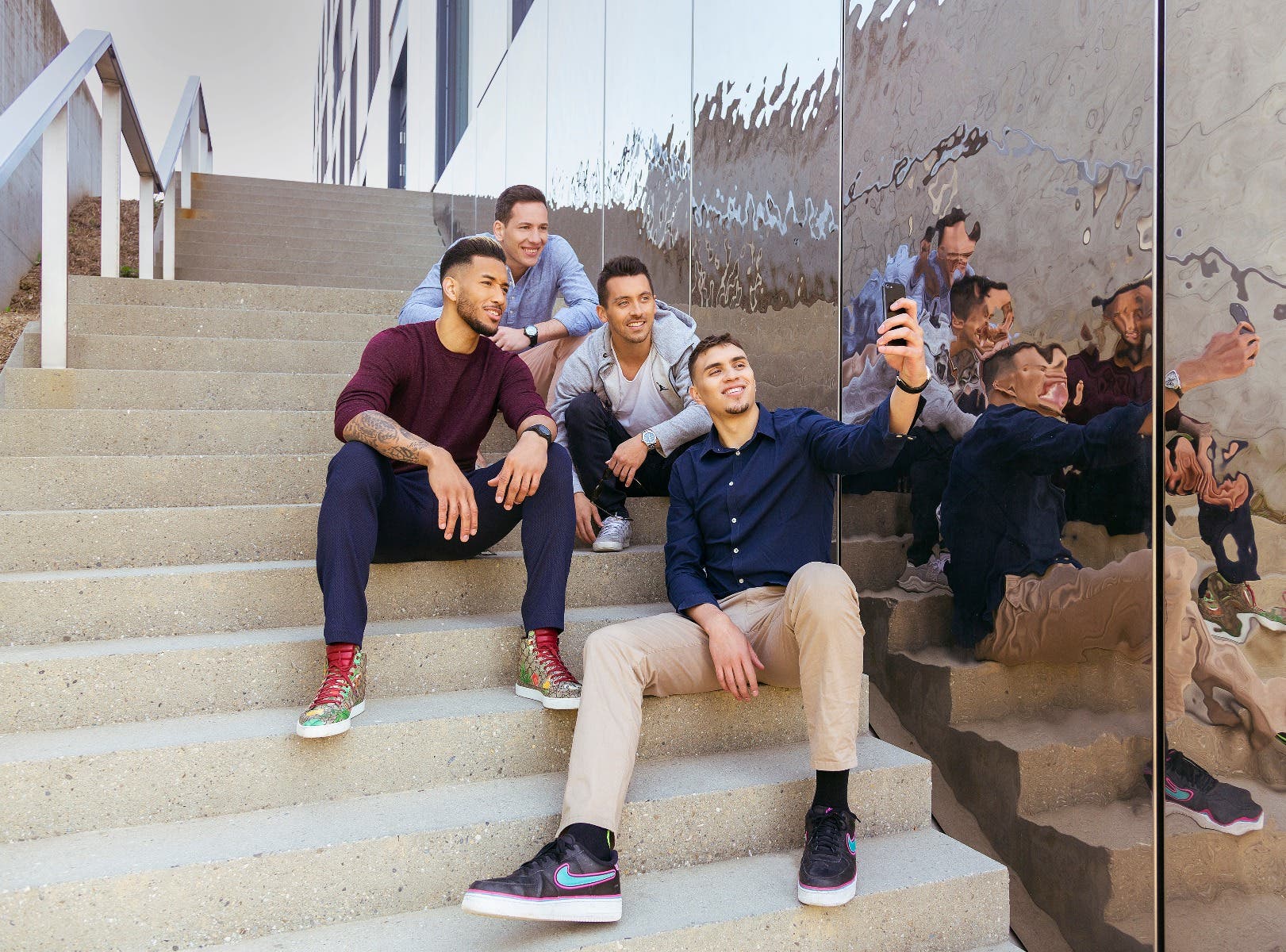 Beyond time, an important ally in the pursuit of the points that the team wishes to accumulate, Lausanne 3x3 shares much more with Maurice Lacroix. In fact, the brand launched its new treasure hunt called #TimeCode this year. Organised in several world capitals, the participants of the game had 7 days to find and accumulate codes hidden on a virtual map of the city, but also in a physical way. Physical codes can be hidden in different places... Very excited about the concept, the team wanted to take part by being in possession of a code for gamers. “As a citizen of Zurich, I tested Time Code and followed friends who tried their luck,” explains Marco Lehmann. “It's impressive because you discover your city in a totally different way! In addition, I like the idea of looking for each #TimeCode at the same time as other strangers!” At the end of it all for the fastest? The Aikon Venturer Limited Edition watch #TimeCode. An urban men's watch that seems to win over the athletes. Among the various collections, all the members of the team unanimously chose the AIKON watch to accompany them in their daily life. The various members of Lausanne 3x3 praised the watch. “We love its modern, classy and elegant look. We also find it very original to be able to change the strap ourselves in one click!”

2019, a season characterised by victory!

The team had never been able to climb the ladder that brought them closer to the top so quickly... “This season, we have trained a lot together, we also know each other better. We analyse every victory and every defeat to find ways to improve,” says Westher Molteni. A strategy that has allowed the team to move from 27th in the world to 14th. The four Swiss basketball players have recently performed during different stages that can lead them to the Olympic Games. In fact, it is the first time that Lausanne 3x3 have won four stages of the Swiss Tour competition. They have also won the Swiss Tour of Zurich and therefore obtained an additional Masters for the competition which will take place in Debrecen. Beyond the Swiss borders, Lausanne 3x3 need not blush about its exploits: The team beat Zemun (World Tour Champ 2017 and World No. 8), Amsterdam (2nd in World Cup and World No. 4), Ljubljana (also ex World Champ) and reached the final in Poitiers (Challenger) against Slovenia. During their tournament in China, the team lost only one match and reached the final against Harlem, who went on to win the competition.

The aim? Reach the world top 10. And, of course, qualify for the Olympic Games which now host this discipline! We will be sure to report on Lausanne 3x3's performance in the coming months!