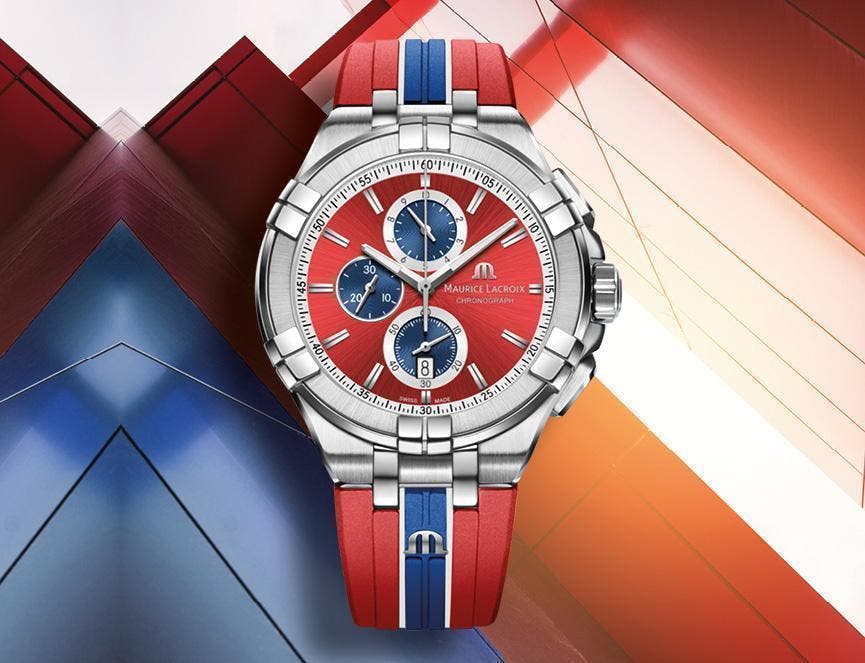 Two years ago, Maurice Lacroix was delighted when Anders Mol and Christian Sørum joined the ML Crew. Throughout their careers they have won numerous gold medals and are currently ranked number 1 in their chosen sport. Building on its relationship with Anders and Christian, Maurice Lacroix has created a special edition timepiece encompassing the ideas of the ambitious duo. Indeed, both athletes played an active role in the design process.

Anders and Christian wanted a watch they could wear while competing on the court. This meant the watch had to be light, comfortable to wear and precise. It was for this latter reason that a quartz movement was selected. Moreover, the watch needed to be shock resistant, a useful attribute when the players are 100% committed to the game. By taking into account the requirements of Anders and Christian, the AIKON Quartz Chronograph – Special Edition Vikings came to fruition.

The AIKON Quartz Chronograph – Special Edition is suffused with Beachvolley Vikings’ team colours. This chronograph stylishly combines blue, red and white tones, conferring a young, vibrant appearance. The watch is housed in a 44mm stainless steel case. Dressed in red, the dial features a sun-brushed effect and incorporates three snailed counters presented in a contrasting shade of blue. Since the outset, the AIKON has always been known for blending different finishes on its dial and case, enriching the ownership experience. The AIKON Quartz Chronograph – Special Edition Vikings proves no exception.