DANIEL ALTMAIER – TIME IS ABOUT NOW, IT IS ABOUT LIVING IN THE PRESENT 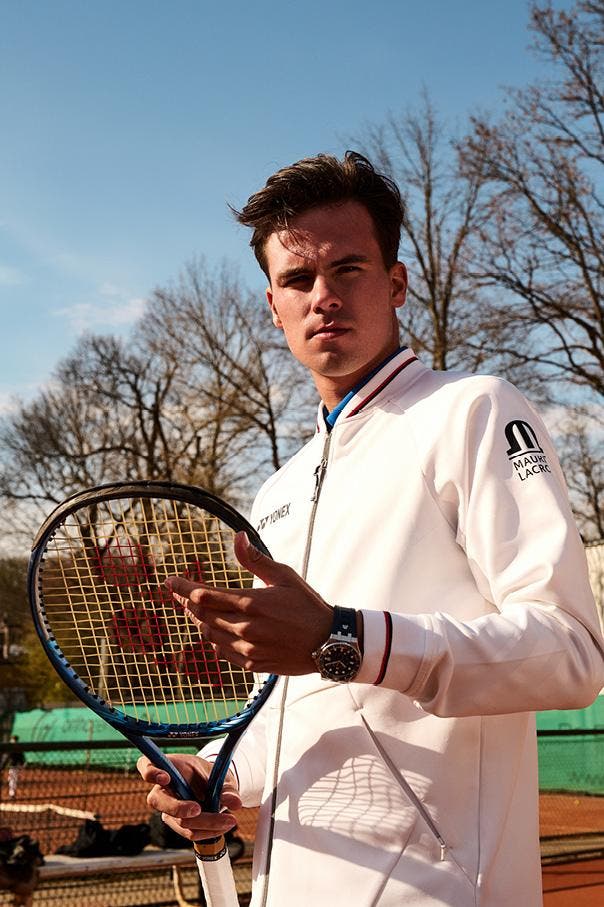 DANIEL ALTMAIER – TIME IS ABOUT NOW, IT IS ABOUT LIVING IN THE PRESENT

Maurice Lacroix is pleased to welcome German professional tennis player, Daniel Altmaier to the ML Crew. Having reached the final 16 in last year’s French Open, his first Grand Slam event, Daniel now craves more success. He recently joined Maurice Lacroix’s team of talented individuals from around the globe who all share an affinity with the brand.

Daniel Altmaier travels around the world, keen to achieve more success. Daniel began playing tennis in Kempen, Germany, his home town when he was just seven years of age and his passion for the sport remains undiminished. Last year, Daniel competed in the French Open and reached the last 16. It was his first appearance in a Grand Slam event, making this a remarkable feat and his greatest achievement to date. Daniel is a big server, hitting the ball with such ferocity it can sometimes reach 220 km/h. However, he recognises that power is of no use without accuracy. “Precision is key to success”, he says as he looks down at his AIKON Automatic, “I chose this watch because it is light, comfortable and cool. I love the sporty design and the fact it suits my lifestyle. Maurice Lacroix is like me, it’s ambitious and continues to crave more success.”

Stéphane Waser, Managing Director of Maurice Lacroix, describes Daniel as, “very determined and driven. He makes many sacrifices in order to achieve his goals, which is one of the reasons we invited Daniel to join the ML Crew. We are keen to join Daniel on his journey, witness his success and be supportive when things don’t quite go to plan. He is a perfect addition to the ML Crew.”

Next step for Daniel? “In the short term, to break into the top 100, however, ultimately I dream of winning a Grand Slam event.”