Back to Inhorgenta Munich for Maurice Lacroix 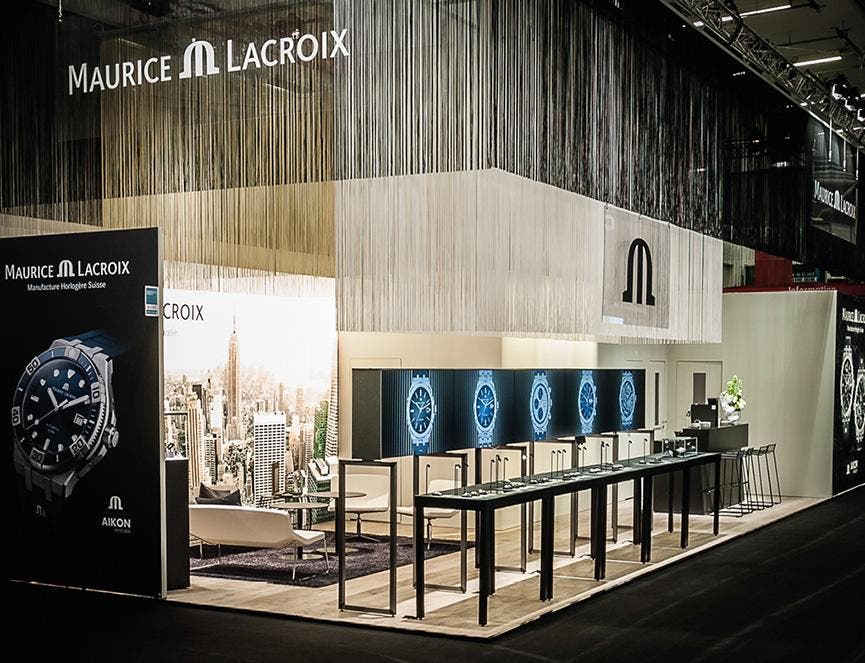 26 April 2019
Back to Inhorgenta Munich for Maurice Lacroix

After a break of several years, the Swiss watch brand Maurice Lacroix exhibited again at Inhorgenta Munich in February 2019. "Individuality, inspiration and innovation" was the claim of the renowned trade fair, which drew a positive balance with 1,052 exhibitors from 41 countries in the watch, jewellery and gemstone industries.

The Swiss watch manufacturer Maurice Lacroix shared this claim as well. "For us, the fair was characterized by good meetings, numerous visitors and a great event," said Stéphane Waser, Managing Director of Maurice Lacroix S.A. and DKSH Luxury & Lifestyle Europe GmbH. New and existing core collections were presented at one of the largest booths in the watch hall A1. "Germany has always been an important market for us from a strategical point of view, therefore it has been the right decision for us to participate again at Inhorgenta. We used the trade fair to present the first watch models for the upcoming season, to meet retailers and numerous watch lovers, " Stéphane Waser continued. Great emphasis was also put on networking during the four days of the fair.

After the presentation of the first new watches in Geneva mid-January 2019, Inhorgenta Munich was the second stop in this year's global roadshow hold by Maurice Lacroix which will be followed by an event in Madrid by end of April 2019.