MAURICE LACROIX, THE WATCH OF CHAMPIONS 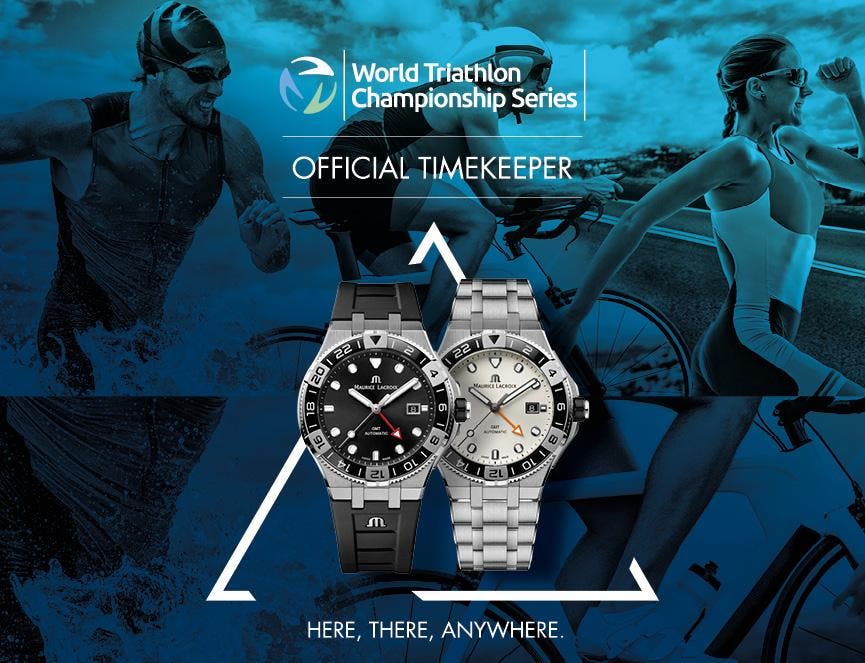 MAURICE LACROIX, THE WATCH OF CHAMPIONS

Maurice Lacroix is pleased to announce it is the Official Timekeeper of the World Triathlon Championship Series. Starting this year, the Manufacture will accompany the world’s best athletes as they compete in events around the globe, exploring the limits of human performance.

In 2021, several events around the world will comprise the World Triathlon Championship Series, attracting the finest athletes on the planet who have to excel in all three disciplines and efficiently transition from one discipline to the next. It is essential that each competitor is prepared to explore the limits of human performance if they want medal-winning success. Maurice Lacroix will join these elite athletes every step of the way, often competing in great cities around the globe, clearly motivated and continuously striving for glory.

As Stéphane Waser, Managing Director of the Swiss brand explained, “It is an honour for Maurice Lacroix to be the Official Timekeeper of the World Triathlon Championship Series for the coming years. We have always recognised the importance of being ambitious and focussed, traits we embrace in our company and share in common with these highly competitive athletes. The events will take place in a number of fascinating cities, upholding our company’s desire to associate the Maurice Lacroix brand with the vitality of urban life in the long term.”

World Triathlon President and IOC member, Marisol Casado commented: “We are so pleased to announce that Maurice Lacroix has been appointed the Official Timekeeper of the World Triathlon Championship Series. We are delighted to welcome such a prestigious new partner to the World Triathlon family and to work with them during such an important Olympic and Paralympic year.”