The AIKON Mercury seduces the GPHG ! 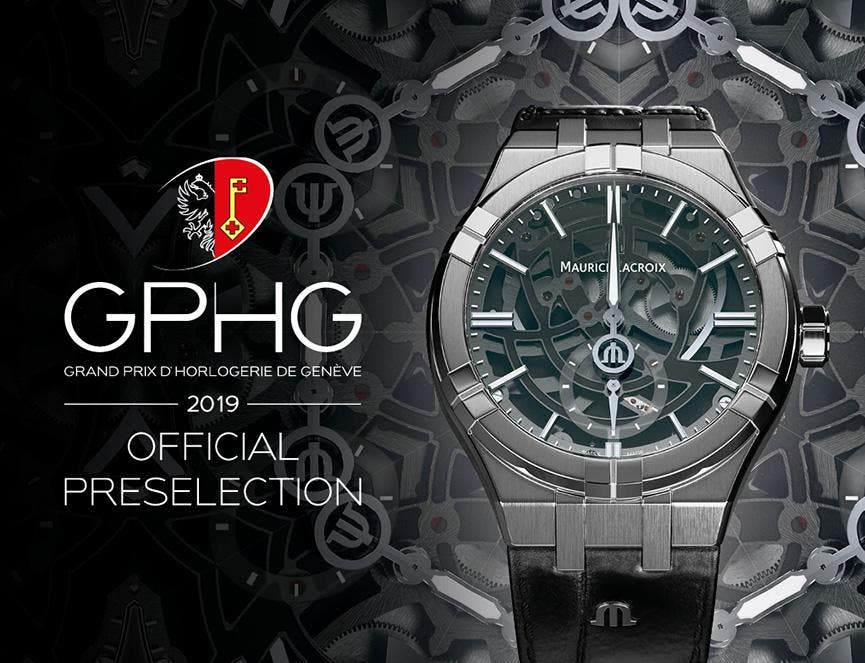 Maurice Lacroix is proud to announce that the patented AIKON Mercury watch has just been selected by the jury of the Grand Prix d'Horlogerie de Genève to compete in the "Petite Aiguille" category of this prestigious competition. This category corresponds to parts for which the public price is between CHF 4,000 and 10,000.

The watch manufacturer is pleased to learn that this timepiece, the first Masterpiece movement in an AIKON model, has fascinated its partners with its functionality that allows them to escape the passing hour. This subterfuge is made possible by a freewheel system that uses the effects of gravity and allows time to be read and displayed thanks to a double cam mechanism hidden under the dial.

Will this watchmaking complication stand out from its ten competitors? The verdict will be announced at the 19th official ceremony to be held on 7 November in Geneva.

As a reminder, Maurice Lacroix won his last prize at the GPHG in 2008 with the Starside Eternal Moon.