“Time is a constant inspiration... it’s also a precious ally for artists. I'm thinking of the artisans who make watch movements as well as the little hands that embroider haute couture dresses!”

The scene, but also and above all the preparation phase, is what has fascinated Yannick Aellen since he was small. While building a career in the City of Lights for the most prestigious luxury labels, he had a keen interest in the fashion scene in his home country of Switzerland. One idea came to mind: to set up a platform to promote young talents. Mode Suisse was born from this idea. Since its creation in 2012, the entity has received the support of major partners as well as visibility in the media. Maurice Lacroix is proud to associate its image with a person seeking to showcase the emerging talents of his country. For this reason, we wanted to support a designer for each edition. Maurice Lacroix will certainly talk about Yannick’s and Mode Suisse's updates! 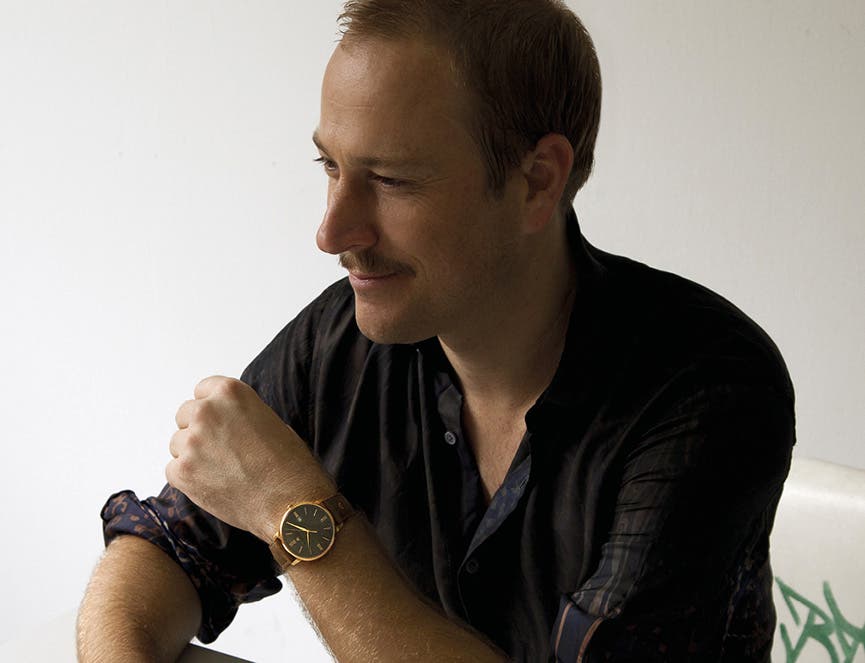 On 31 August, the people of Zurich had only one thing on their minds: fashion! The media, VIPs and enthusiasts flocked to attend the Swiss fashion event of the year, Mode Suisse. The organiser of the event and friend of the brand Yannick Aellen can be proud of having made it an unmissable event since 2012. Several emerging designers presented their outfits. Some were very couture, others were completely avant-garde, and one watchword was in the spotlight: creativity! On this occasion, Maurice Lacroix wanted to support the rising brand of the “After Work Studio” streetwear scene. For the benefit of many accolades in the world of fashion, the duo Karin Wüthrich and Matthias Fürst paraded structured and urban silhouettes. Maurice Lacroix's signed AIKON was also on the wrists of the models. The designers fell in love with this collection, which is modern, elegant and perfectly matched to the sartorial style of the Swiss label. After public acclaim, the young designers have slipped away to prepare their future projects that will undoubtedly be a great success!

To make discover the plethora of creative talents in Switzerland throughout the world thanks to the ever-growing and international influence of Mode Suisse!