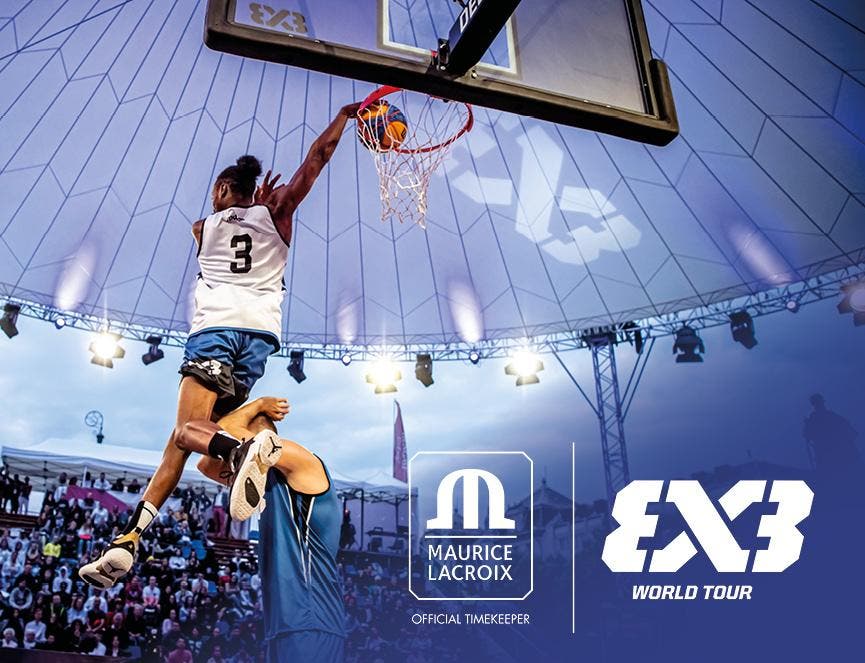 Maurice Lacroix is named the ‘Official Timekeeper of the FIBA 3x3 World Tour’. Teams of 3 players compete in the fastest team sport in the world. There are no breaks and absolute concentration is essential. Watch the clock and decide whether to pass, shoot or dunk. Precision and timing are key to success. Who will be the winners? Wait and see. One thing is certain, as the event tours the globe, Maurice Lacroix will be on hand to provide Swiss precision timing.

While Maurice Lacroix is based in the Jura mountains, the brand is no stranger to city life. Indeed, mindful that its clients are ambitious, competitive and successful, the Swiss brand participates in events in some of the world’s most exciting urban settings. Recent activities include partnerships with Mahindra Racing, King of the Court and Red Bull Dance Your Style.